Although it may not seem like that at first glance, the history of pCon.planner is almost 15 years old. At that time, EasternGraphics began to create programs for spatial planning and to gain experience in the field of virtual space solutions. In today’s post we would like to give you an insight into those applications created by EasternGraphics that have been essential for the invention of the current pCon.planner.

Soon after the foundation of the company in 1995, Hülsta asked the young company for help. The furniture manufacturer was searching for a technology partner to realize a project of the European Union in which a rule-based data model and planning system should be created. With the aid of the application that, based on the project’s results, was realized under the name of now!plan, a 3D room could be planed and furnished in a playful-interactive way, although the process still proceeded completely rule-based. Moreover, it was possible to render images of a particular planning scene. 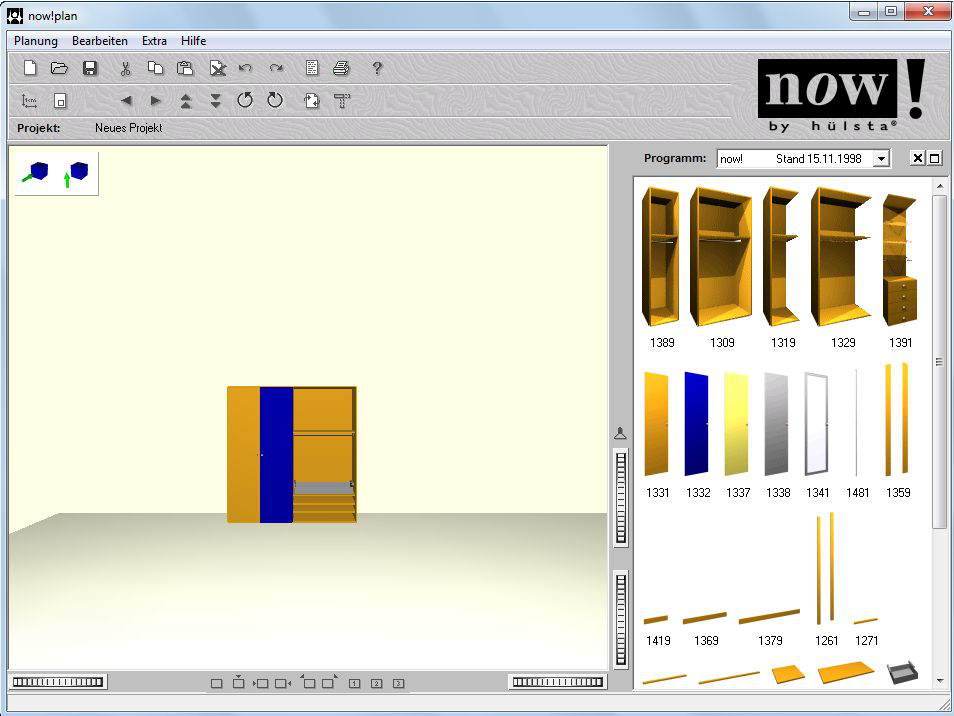 In the aftermath of now!plan, EasternGraphics developed planning solutions for various companies such as the König+Neurath planning system. At the same time, one was working at the planning system inhouse, an end user based spatial planning software, and one was creating F&C Planen. The latter was a system intended to be used by professionals. This implicated the fact that the system complied with the 2D oriented CAD way of planning.

In 1998, EasternGraphics was commissioned by the Association of Office, Seating and Object Furniture (BSO) to develop the data standard OFML (Office Furniture Modeling Language). The aim of this invention was the creation of a standardized form of description for furniture. This should be marked by a high diversity of variations.
The system of that time, introduced as OFML-Planner, was able to integrate the configuration of data in an unprecedented way. Hence, one was able to directly change the feature of an object and to use the adjusted data immediately by choosing the feature-editor. 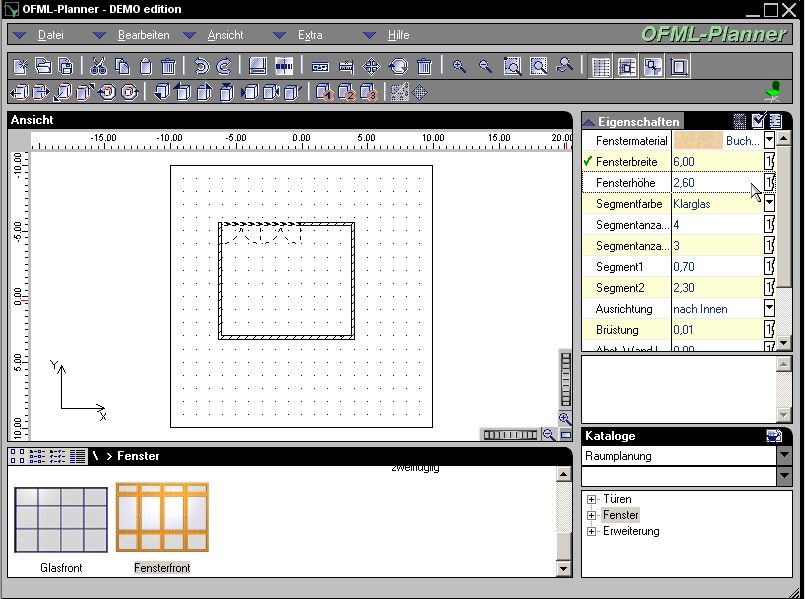 With the launch of the family brand pCon, already existing products have been renamed in 2003. Thus, in July of the same year, the known OFML-Planner was introduced as pCon.planner 3 into the market. In the following years, versions 4 (February 2004 to February 2007) and 5 (from February 2007 until now) have been invented. 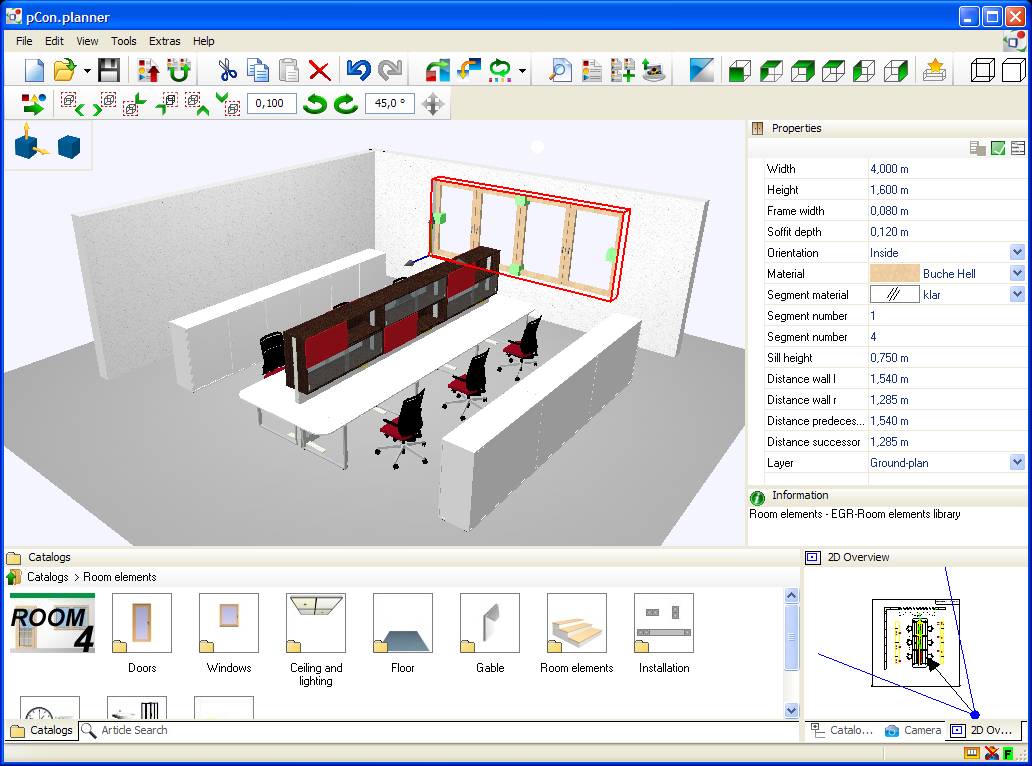 Since 2008, parallel to the work on pCon.planner 5, the company began to create a new generation of the software.

pCon.planner 6, which was released in March 2009, differs from its predecessors in many respects. Hence, the new version exclusively works with three-dimensional objects. Hereby, the user has the possibility to fall back on different views and modes of display. In this way, the user’s interactions are simplified and the work flow of the planning process can be accelerated.

A second, fundamental innovation of pCon.planner 6 is the usage of the DWG format. Because of its popularity and spread in the field of interior design more users than before are able to benefit from the software’s opportunities. 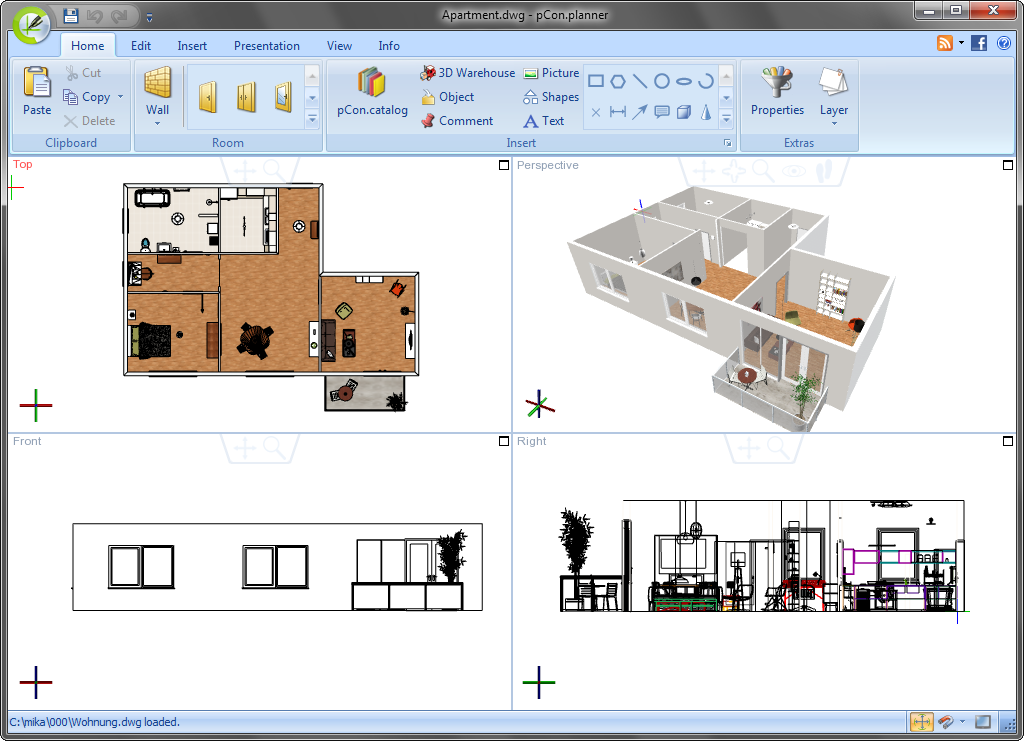 A third, very important, difference between pCon.planner 6 and its predecessors becomes evident by looking at the extended possibilities of a planning’s presentation.
Besides of renderings in high quality, it is possible to create animations of the planning scene and to upload them afterwards.

One reply on “3D design software with history“